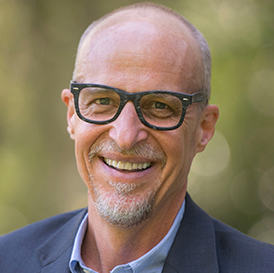 Brian Malte is a nationally recognized leader in the gun violence prevention movement. Over the course of his 25-year career, Brian has led community-based movements as well as strategic political campaigns for sensible gun reforms.

While at Brady Brian worked with dozens of state legislatures, members Congress and White House officials of both parties. He also oversaw the strategic growth of Million Mom March Chapters across the country.

In 2016 he returned to his California roots to helm the Hope and Heal Fund. Having been a successful community organizer who helped pass many of California’s effective gun laws and build local capacity, Brian now spearheads the philanthropic movement to increase support to local violence prevention organizations and to community advocates working to end gun violence.

Brian’s organizing work, which began in 1994 when he volunteered for Brady – which he officially joined two years later – has been highlighted by Wellstone Action. He has been a featured speaker at many state and national conferences and routinely provides expert analysis to news outlets such as the New York Times, the Washington Post, The Guardian, Al Jazeera, The Atlanta Journal-Constitution, NPR and Mother Jones.