The Means to Combat Gun Violence Are Within Our Grasp 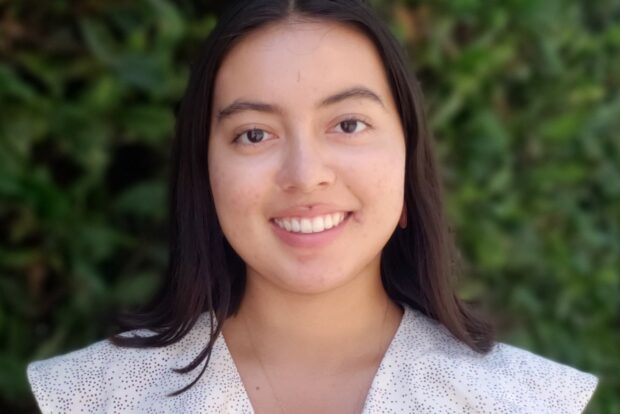 I am Diana Guardado, the Summer 2021 social media intern for the Hope and Heal Fund. Before I reflect on my new relationship with the gun violence movement, I would like to share a snapshot of my upbringing and activism work.

I am a life-long resident of North Hollywood, California, and have been working to build momentum powered by the community to educate, engage, and empower the residents living in the San Fernando Valley. As a participant in several federal aid programs, I have witnessed the failings of elected officials and racist systems that have neglected to serve the needs of my community. Instead of dwelling on the social and financial hardships my family and I experienced during my upbringing, I am fighting to amplify the voices of the voiceless.

My lived experience as the oldest daughter of two immigrant parents had me taking on the role of interpreter, translator, and representative before the age of six. Speaking and advocating on my parents’ behalf meant confronting the disapproval of strangers who refused to assist my family.

Now, I aspire to lift my family, my peers, and my community from the ashes of neglect we have endured for decades. This summer, I worked alongside the extraordinary, innovative, and passionate leaders at the Hope and Heal Fund to learn how to change systems so that they work for all Californians and we’ll do this by ensuring the voices of communities are heard. With Hope and Heal’s efforts to adopt a framework focused on racial equity, public health, and community, I will translate my understanding of grassroots efforts back into my community.

When did the gun violence movement begin?

In 1974, the National Council to Control Handguns (NCCH), the first nonprofit organization that began advocating for gun violence prevention. A noteworthy point to mention is that NCCH prioritized federal action on gun legislation as opposed to building coalitions in impacted communities. As a result, for decades, the gun violence prevention movement pushed for gun laws while growing increasingly disconnected from the root causes of gun injuries and deaths. The assumption that “legislation is the only solution to gun violence” has masked the wounds and voices of victims and left behind impacted communities and families, especially in black and brown communities.

Fortunately, the models and conversations around gun violence are showing positive signs of shifting away from a “legislation only” mentality to involving communities and those with lived experiences to change systems that perpetuate violence, racism, and mass incarceration.

While listening in on conversations with the team at the Hope and Heal Fund, I have discovered that while advocacy is incredibly important, real change will prevail only if those closest to the problem are driving the solutions.

Congressional and state legislative efforts to combat gun violence have had successes over the past few decades. Nevertheless, I pose this question for you to consider: What have been the unintended implications of gun laws for the people who did not participate in the policy-making decision, such as people of color, low-income communities, and members of the LGBTQ+ community?

I ask this question to shed light on the lack of diversity and lack of collaboration with impacted communities over the past three decades in dealing with gun violence. Philanthropists, activists, and elected officials should create change for and by the people and fully recognize that those closest to the problem are closest to the solution.

Our communities cannot afford to endure another elected official who grows complacent with the issues their constituents are faced with on a daily basis. In addition to pushing for legislation, I challenge those in power to step out of their home office or workspace and step into the homes, parks, and/or cities that are witnessing chronic and persistent violence. Skip the bus tours and embark on a road trip to capture a raw glimpse of what suffering and pain exist in different communities.

I understand that witnessing trauma firsthand is difficult, but our communities need you to understand our struggles and pain.

How are we different?

The means to combat gun violence are within our grasp; it is time to unite and take action alongside our communities. At Hope and Heal Fund, our team is joining forces with individuals, communities, advocates, and philanthropies to prevent gun deaths, injuries, and trauma in California.

We are opening space for all stakeholders to assist us in constructing solutions to gun violence from the ground up. All voices are welcome.

Remember, a conversation without action is simply another conversation, so let’s join forces to pioneer systems that are built around the premise of racial equity, public health, and community.