Click for a list of COVID-19 resources or to donate to the COVID-19 Violence Prevention Emergency & Sustainability Fund.

Gun Violence Prevention as an Integral Part of Community Revitalization 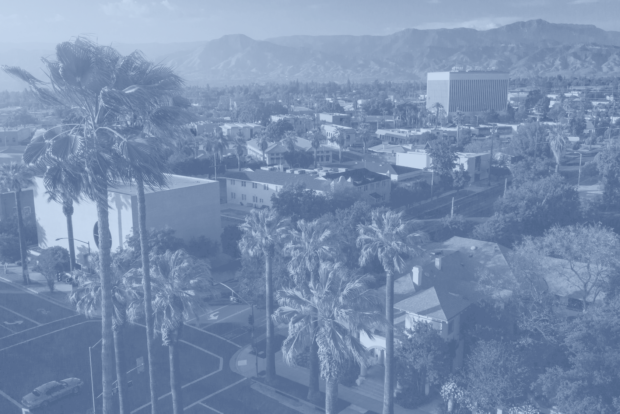 Successful economic development and neighborhood safety cannot succeed unless gun violence, in all of its forms, is addressed in communities. Hope and Heal Fund believes that gun violence prevention and trauma-informed healing should be part of any community or regional planning process from the outset.

In the wake of the murder of George Floyd local residents across the country are making their voices heard through peaceful protests and in their own city and county councils. In addition to pursuing systemic changes in policing, many local leaders, government entities, and philanthropy are in the midst of developing blueprints for community revitalization and economic development. We applaud these overdue efforts to make our historically underserved communities safe and prosperous for all residents.

So, what’s missing from the discussion? Gun violence reduction.

Gun violence does not happen in a vacuum, and it is certainly not isolated or disconnected from other societal issues. Economic development and community revitalization cannot be successful if communities don’t deal with the untreated emotional and physical trauma — and actual costs — resulting from gun violence. We must ask ourselves; how do we expect communities and its members to thrive and reach their fullest potential if gun violence has robbed them of the opportunity of living in the first place?

Gunfire doesn’t just cause death and physical injury; it also takes an emotional toll on communities. If left untreated, historical and community-wide trauma manifests into lateral violence on the streets and domestic violence in homes. Guns are not only widely accessible in urban areas, but they are also the most lethal form of violence and tools for coercion and intimidation, especially in intimate partner violence. One does not have to be shot to suffer from gun trauma. Just living in a zip code highly impacted by gun violence is cause for fear, hypervigilance, trauma, and poor health outcomes. We see the signs in ACEs studies, where data shows exposure to violence can negatively impact a person’s physical and psychosocial health, and we know income inequality is a major driver of gun violence for people of color.

I can already hear the skepticism — “Improve the economic situation, increase investments, fund community programs, provide business startup loans to local residents, fund schools, fix up the parks, and get rid of the blight.” As important as these strategies are, they are undermined if a community is not dealing with the human and monetary cost of gun violence.

And after the skepticism, come the excuses. Over the last four years as Executive Director at Hope and Heal Fund, I’ve heard them all — “Gun violence is a politically divisive issue that is better dealt with in the halls of Congress or state legislatures,” or “gun violence is not part of our funding portfolio.” For those who fall into this category, please consider the data of how gun violence leads to detrimental health outcomes, specifically in communities of color – the very communities the country is demanding “matter”:

Now let’s get to the actual costs of gun violence, which are enormous and detrimental to the economic recovery of any community. The National Institute of Criminal Justice Reform (NICJR) has conducted reports across the country about the true cost of gun violence in American cities. To help make the point, let’s look at San Bernardino, CA. Conservative estimates obtained through law enforcement and other city entities show that just one gun homicide costs San Bernardino taxpayers $2.3 million and a single gun injury costs $871,000. In the past five years, San Bernardino has had an average of 47 homicides. This results in an annual expense of $108 million per year for gun homicides and over a half a billion dollars over five years – and that’s just gun homicides. If cities don’t invest in true prevention work, they wind up paying for massive expenses on the back end of gun violence, draining their coffers due to the expansion of police, emergency room doctors, and EMTs.

As DeVone Boggan, founder of Advance Peace, shared years ago, investing in young men caught in the crossfire to transform their lives and put down their guns is not only good for the individual, but it’s also good for the community. For a small investment in transforming lives at the front end, a city will save millions of dollars as a result of gun homicides and injuries that are prevented. These savings, or “peace dividends”, are reinvested into the community to bolster the local economy, schools, mental health services, job training, and investments in infrastructure.

In Sacramento where Advance Peace operates its transformative gun violence intervention strategy, the city allocated $1.35 million for implementation over two years (2017-2019). An analysis by the Institute of Urban and Regional Development at UC Berkeley showed that 58 shootings were prevented during this time period. If all these 58 incidents would have resulted in shootings with an injury, the costs of gun violence to the city would have been about $25.2MM and much more if they were all homicides. The report demonstrates that for every dollar the city spent on Advance Peace, they received between $18-41 dollars in return. That’s a heck of an investment, where the “peace dividends” can be reinvested into essential services needed for a more just, fair, and equitable community.

If economic development and community revitalization efforts are to be successful, they must deal with the legacy of violence and oppression, including generations of institutional racism and trauma. Economic investments in jobs, entrepreneurship, and business development come to a screeching halt when gun violence or the perception of violence in communities is present. If revitalization efforts are to be sustainable, gun violence must be addressed. Let’s seize this moment in time — this demand for change — and evaluate the whole picture when we’re marching in the streets, demanding equity, and reimagining public safety within our communities.

Brian Malte is the Executive Director of the Hope and Heal Fund, the only state-based donor collaborative that pursues a public health, community-based, racial equity-driven approach to gun violence prevention.